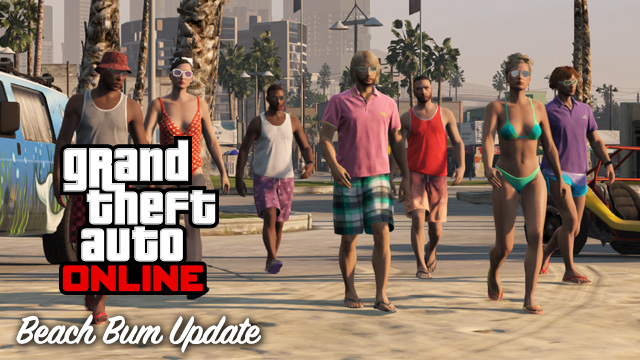 The world of Grand Theft Auto Online gets even deeper with the Beach Bum update, now available on both PlayStation 3 and Xbox 360. In order to keep GTA Online flexible and constantly evolving, the game is built to receive new content in a variety of ways including major paid expansions at specific points across the year, dropping additional content via regular title updates, and even the instant and seamless addition of jobs via the Rockstar Social Club. The Beach Bum content comes via a free update to GTA Online and Grand Theft Auto V’s Story Mode as part of the latest automatic Title Update (1.06), so just fire up your console to download it. Alongside additional game tuning (see details below), the Beach Bum update includes:
NEW VEHICLES, WEAPONS & MORE
Take on new Beach Bum Races with the BF Bifta dune buggy, the rugged Canis Kalahari off-road truck or the Bravado Paradise beach camper van. For aquatic-based endeavors, the classic Speeder speedboat is also now available. All four vehicles can also be accessed in Story Mode and are available at no in-game cost. To access them in GTA Online, just visit the southernsanandreassuperautos.com in-game website (or docktease.com for the Speeder).
Also available in both Story Mode and Online (and at no additional in-game cost) are the new SNS Pistol & Broken Bottle - a pair of close range weapons perfect for any beach blanket brouhaha.
This update also features a wide array of new apparel - everything from casual canvas hats to tank tops, t-shirts, board shorts and bikinis in a wide range of styles and colors... plus new hairstyle and tattoo customization options.
30 NEW JOBS COMING TO THE WORLD OF LOS SANTOS & BLAINE COUNTY
In conjunction with today’s Beach Bum update, we’re also adding 30 new Jobs to GTA Online today. This includes new beach-themed Races, Deathmatches, Parachutes, Last Team Standings and Gang Attacks, plus the beachfront "Survival on Del Perro Pier" and more. 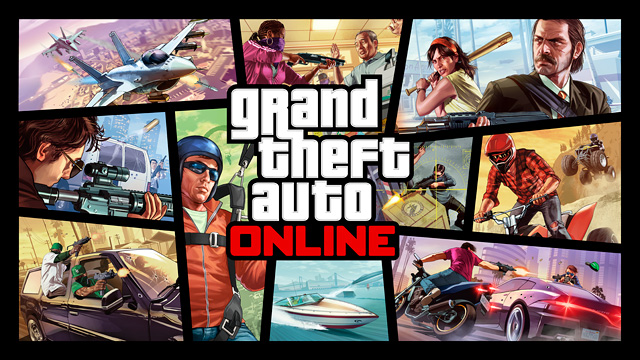 TITLE UPDATE 1.06
Along with the new Beach Bum update content, automatic Title Update 1.06 also includes a host of fixes and adjustments for Grand Theft Auto Online, which are listed here:
Players experiencing any remaining technical issues (or specific issues relating to this new Title Update) are encouraged to visit our support website and get in touch with a member of our support team for proper assistance. You can also hit them up at @RockstarSupport on Twitter. 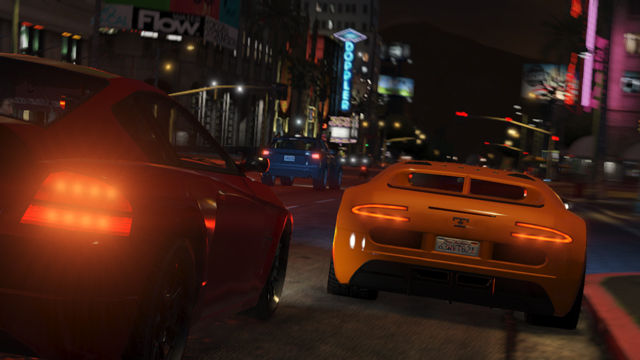 DYNAMIC TUNING TO GTA ONLINE
In tandem with today’s Title Update, we’ve also completed a new round of dynamic tuning on the game. This includes changes to the Bad Sport system and continued balancing of rewards for all different types Jobs. Notable adjustments are listed below:

As we continue to tune and adjust the evolving Grand Theft Auto Online player experience in the weeks and months ahead, we ask that you keep sending us your feedback - just fire over an email togtaonline@rockstargames.com and tell us what you’d like to see implemented in future updates.