Meat-eaters can now win an Xbox One thanks to McDonalds and Chef B. 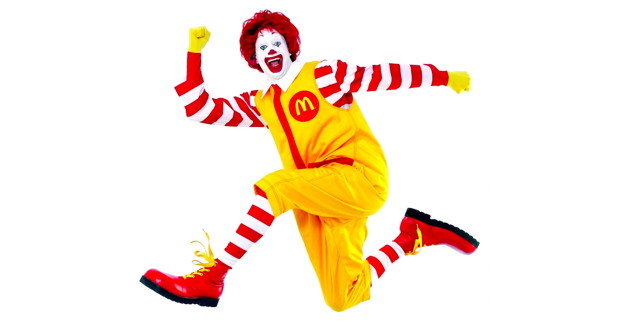 Your new Xbox One doesn’t have to cost you anything...okay, maybe just your life.

If the chance to win a new video game console dictates your dietary habits, you’re in luck. Chef Boyardee has announced it too will be giving away Xbox One consoles, giving you something more substantive to eat over Doritos and Mountain Dew in your quest to score a next-gen system for free.

From now until February 18, Chef Boyardee will be giving away five Xbox One systems every day. To enter, you’ll need to enter a code from specially marked Chef Boyardee products at the Win with Chef page. You can also get a free code by visiting the page.

In addition to the console, winners will also receive a free copy of Zoo Tycoon, one of the surprise hits of the Xbox One launch lineup.

(However), Chef Boyardee isn’t the only way you can fatten yourself up to an Xbox One. McDonald’s is also giving away Microsoft prizes in a new promo.

The fast food giant is giving away 14,000 Xbox One consoles, each with Forza Motorsport 5. To enter, you’ll need to pick up a Medium Fry, Quarter Pounder, or Premium McWrap. In a surprise twist, the odds of winning a prize is 1-in-1, meaning every sticker you peel is guaranteed to net you something.

"With the excitement of the holidays around the corner, McDonald’s wanted to pair the bold, spicy flavors of the Southwest Chicken Premium McWrap and Bacon Habanero Ranch Quarter Pounder Burger with a chance to win this season’s hottest gift, the Xbox One. Through our partnership with Xbox, everyone wins something for Xbox," McDonald’s says in a FAQ.

Other prizes being given away include a one month Xbox Music Pass, one month of Xbox Live Gold, and downloads of The Wolverine. The most common prizes include an episode of Enlisted 101, Raising Hope, Bones, and one of these Xbox Live Arcade games for Xbox 360: Aqua, Ms. Splosion Man, and The Maw.