After the recent lay-offs at Sony Santa Monica Studios, Microsoft’s Phil Spencer (@XboxP3) has said (via Twitter) they have reached out to some developers and are engaged at hiring. 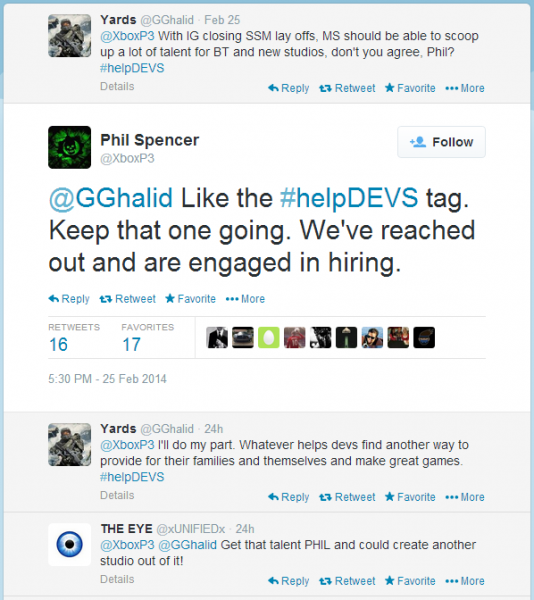 In case you were wondering, SSM is short for Sony Santa Monica Studios, IG for Irrational Games and BT for Microsoft’s own Black Tusk Studios. Let’s hope Microsoft can snag some key talent and get them working on new, original IP for XBox 360 and Xbox One!