Skybound Games Will Publish Rainbow Billy: The Curse of the Leviathan 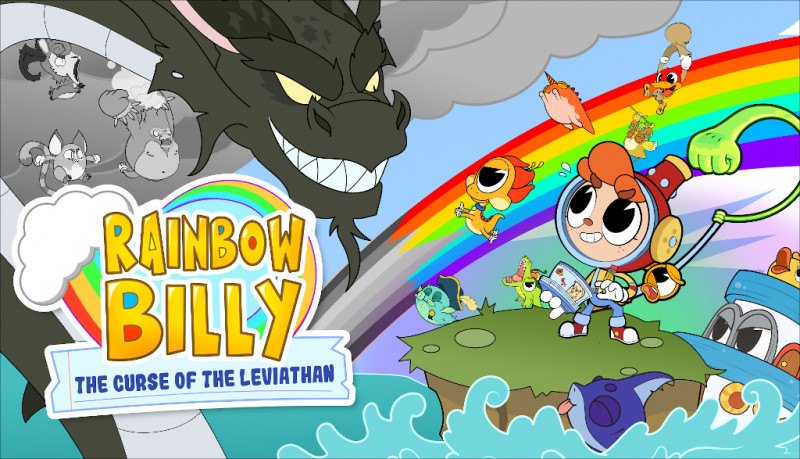 Skybound Games Will Publish ManaVoid Entertainment’s
Rainbow Billy: The Curse of the Leviathan This Fall on Consoles & PC

Skybound Games has announced it will publish independent developer ManaVoid Entertainment’s upcoming title, Rainbow Billy: The Curse of the Leviathan. This 2.5D adventure platformer, featuring RPG, creature-collecting, and puzzle elements, will launch this fall on PS4, Xbox One, Nintendo Switch and PC. But you don’t have to wait that long to try it -- the game will have a free PC demo beginning today, June 16, as part of Steam Next Fest.

Rainbow Billy was highlighted by GameSpot and The MIX as part of their E3 programming yesterday, debuting a new trailer. The game was also featured this past weekend at Wholesome Direct, a feel-good showcase of "cute and cozy" indie games.

Rainbow Billy is all about exploration, whether through the world, your own self identity, or the dozens of good-hearted creatures you’ll meet along the way. When the evil Leviathan curses the World of Imagination with monochrome misery, its residents are left joyless, anxiety-ridden husks of their former selves. Armed with kindness, a talking fishing rod, and countless friends, the shy, cheerful Billy must travel the land and inspire others to find the courage to be themselves and show their true colors once more. Use compassion and conversation to befriend a variety of creatures in non-violent, turn-based encounters, then invite them to your team, adding to your collection of helpful creatures.

Quote from Ian Howe, co-CEO of Skybound Games: “Rainbow Billy is a universal coming-of-age story about dealing with changes in the world, as well as accepting and caring for ourselves and the people around us. It highlights very relatable questions of identity, self-discovery, and mental health with a lot of good-hearted fun and adventure, and we’re excited for fans to experience it for themselves soon.”

Quote from Chris Chancey, CEO & President of Manavoid Entertainment: “Games often only showcase violent solutions for solving problems. Amid all that doom and gloom, we wanted to create something that shines through with a wholesome, positive attitude that demonstrates the beauty of being unique. Rainbow Billy is colorful, approachable, and puts a spotlight on important themes close to our hearts like representation, diversity, and inclusion within our communities.”