Playdead’s Inside should’ve been a bigger deal than it eventually ended up being but we’re still enthused. Revealed at E3 2014 for the Xbox One, Inside is a 2D side-scrolling platformer that takes place in a dystopian future that actually reminds us of Stephen King’s Under the Dome. Check out the reveal trailer above.

Perhaps most interestingly, Inside comes from the same team that created breakout indie platformer Limbo, which more or less set a new visual standard for games in the previous generation. Will Inside be able to create the same magic as Limbo? It sure looks freakier, so props to Playdead for that. 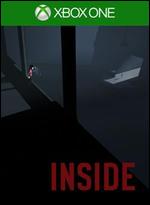