MX vs. ATV returns as MX vs. ATV: Supercross 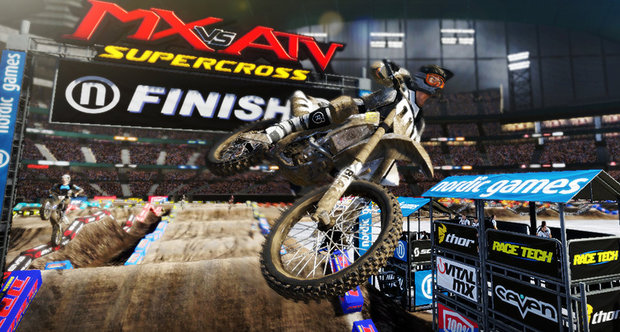 Hey, kids, remember THQ? You know, company was known for various franchises before it eventually scuttled in early 2013 due to bankruptcy. Well, they’re coming back, little by little, thanks to Nordic Games. And today, the first part of that plan emerged when the publisher reintroduced the MX vs. ATV franchise.

Polygon reports that MX Vs. ATV: Supercross will launch for PlayStation 3 and Xbox 360 this fall. It aims to bring the series back to its roots, doing away with the microtransactions that led to its exodus in the first place. Nordic managed to get together the core alumni from Rainbow Studios (the series’ long-time developer) to handle Supercross.

"In MX vs. ATV: Alive (the series’ most recent entry before Supercross), it was hard to get your speed and momentum going unless you could ride perfectly," said Ken George, the game’s executive producer. "We’re taking a more accessible approach, so we don’t frustrate people."

With that, the dual analog stick method will return, with the left controlling bike direction and the rider controlling biker lean, so that turns are more precise and performing stunt-like spinouts are easier than ever. The clutch also makes a return, so that you can pop around turns with ease and then gun the gas to take the lead again. Oh, yeah, the stunts are back, too.

While it’s questionable that the series isn’t making a next-gen debut (at least, not yet), it is good to see MX vs. ATV back in some form… especially without the microtransactions. Look for more info in the months ahead. 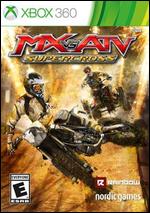