[UPDATE] Ubisoft has now formally announced Assassin’s Creed Rogue. Below are some highlights.

The original story is below.

The rumors were right. Today, Ubisoft officially announced Assassin’s Creed Rogue, a new game in the series coming to Xbox 360 and PlayStation 3 this fall alongside Assassin’s Creed Unity, which is launching only for Xbox One, PlayStation 4, and PC. You play an Assassin-turned-Templar named Shay Patrick Cormac, and you’ll navigate a ship across the North Atlantic. Other locations include the Appalachian River Valley and a "reimagined" New York, according to the game’s reveal announcement from Game Informer.

"Assassin’s Creed Rogue is sort of the cornerstone of the Kenway trilogy," a Ubisoft designer says in Game Informer’s video interview. "So Shay Patrick Cormac is an Assassin who will turn against his mentor and his brotherhood and join the Templar cause." 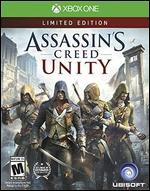