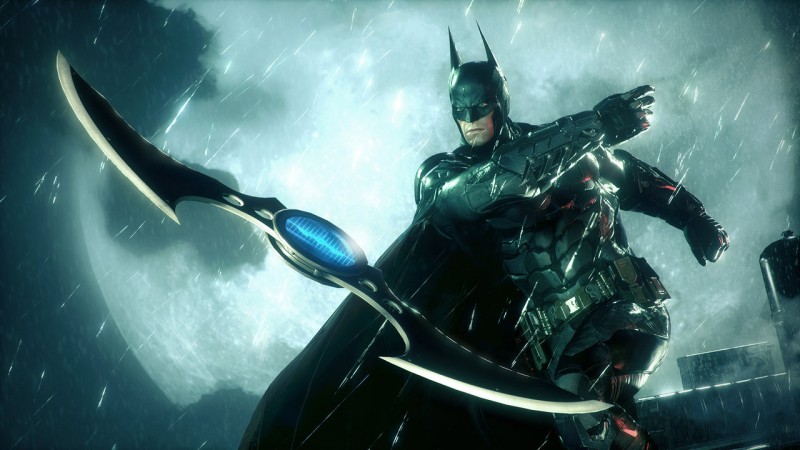 The open-world action title was originally scheduled to be available this fall, but Warner Bros. announced in June that it had delayed the game to 2015.

Warner Bros. will also release a Batmobile Edition of Batman: Arkham Knight. It will be available for £169.99 (U.K.) / €199.99 (Europe) / $199.99 (North America), but only on PS4 and Xbox One. That package will include everything in the Limited Edition, except that the Batman statue is swapped out for a transforming Batmobile statue produced by Triforce.

Update: (Polygon has) added a gallery with images of the contents of the Limited and Batmobile Editions. 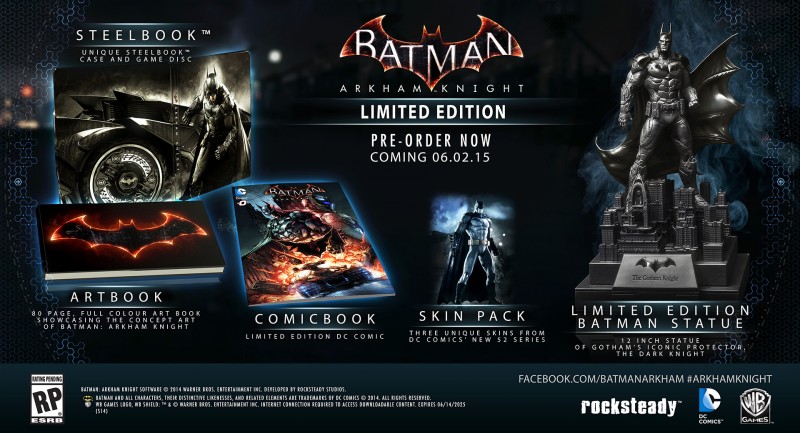 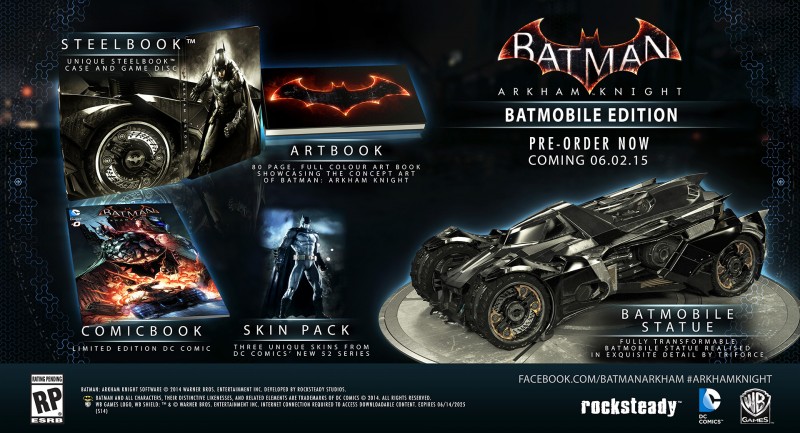 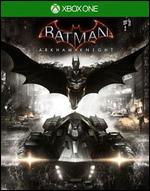