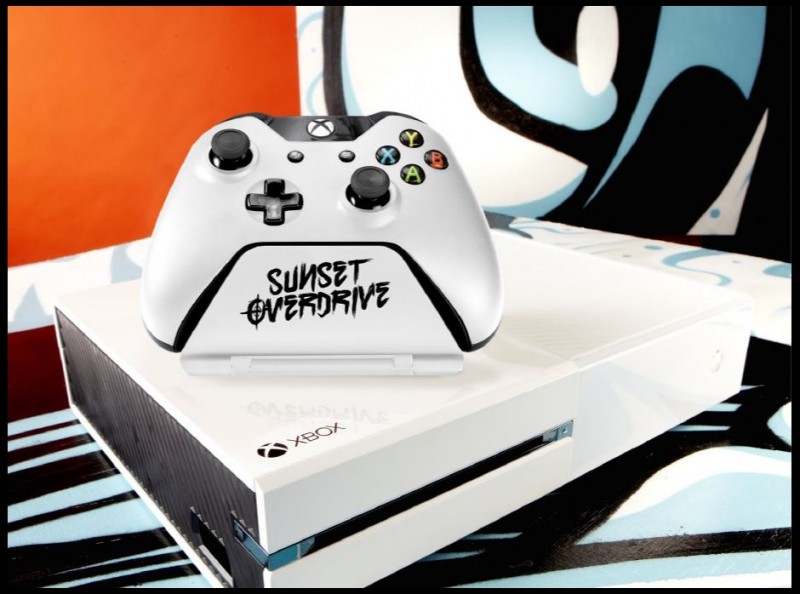 If you haven’t already started counting down the days until Sunset Overdrive and Halo: The Master Chief Collection, we’re giving you even more ways to get pumped. Starting today, Xbox Live Rewards members will earn 15,000 rewards credits, yes that’s $15, for each Xbox One or Xbox 360 game pre-ordered and shipped through MicrosoftStore.com this holiday.

Microsoft Stores currently offers anyone who pre-orders a game a $10 gift card in Store or $10 on Xbox Live when ordered on MicrosoftStore.com. In addition, they have exclusive content and swag with Halo: Master Chief Collection and Sunset Overdrive pre-orders.

When you pre-order Halo: The Master Chief Collection through the Microsoft Store, you will receive a “My Other Car is a Warthog” throwback license plate frame, a Master Chief window decal and an exclusive “Boom” Skull that unlocks 2x explosion physics for the Halo 2: Anniversary campaign.

With Sunset Overdrive pre-orders through Microsoft Store, you’ll get exclusive melee weapons Acordes de la Muerte and The Hangover as an added bonus to the Day One Edition. You can also get your hands on an exclusive white controller holder with the pre-order of the Xbox One Special Edition Sunset Overdrive Bundle.

More details on how to join and get access to exclusive offers can be found here. The Xbox Live Rewards holiday bonus offer is valid on up to three game titles pre-ordered at MicrosoftStore.com. So order Call of Duty: Advanced Warfare for yourself and Lego Batman 3: Beyond Gotham as a holiday gift, and get 30,000 credits to redeem on games, map packs, season passes, movies, TV shows and more. Xbox Live Rewards members will receive 15,000 rewards credits, 5,000 credits more than non-Rewards members receive, for each game pre-ordered on both Xbox One and Xbox 360. Just make sure to use the same email when you order that’s associated with your Xbox Live account.

And if you haven’t made the switch to Xbox One yet, Microsoft Stores also allow you to trade in your Xbox 360 or PS3 and receive $100 towards your Xbox One console purchase. And you can trade in games every day; more details about the trade-in program here.