Games with Gold for May Announced

Microsoft has officially announced May’s Games with Gold titles, and it seems that there is a trend here, as all four games announced will be playable on the Xbox One.  Microsoft’s current-gen console are getting two dedicated titles, and two Xbox 360 titles, as well, through Xbox One Backward Compatibility, for a total of four free titles courtesy of Games with Gold. 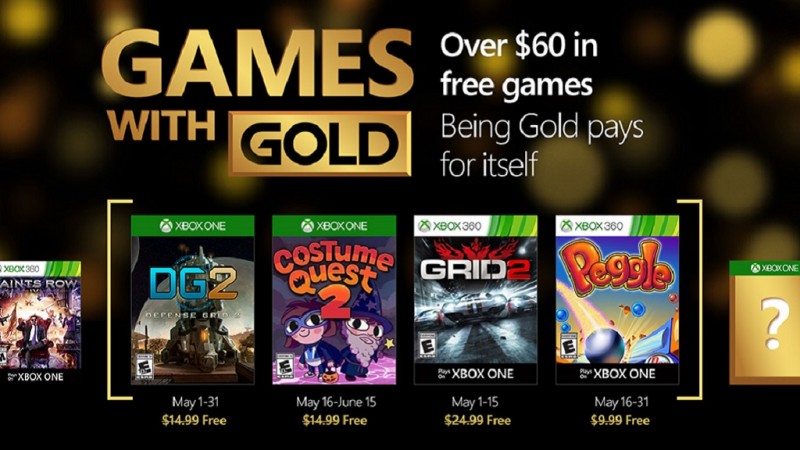 So, without further ado, here are your May Games with Gold titles (***please note dates of availability***):

So there you have it, the next batch of games has been announced, so make room on your HDD for a few more "free" games.