The next free content release for Halo 5: Guardians has officially arrived. Memories of Reach is packed with content, including the release of the highly anticipated Infection game mode, the new Arena map Stasis, armor sets inspired by the legendary Noble Team from Halo: Reach, new weapons such as the Brute Plasma Rifle and Jorge’s Chaingun, additional character customizations such as emblems, assassinations, weapon skins and more! 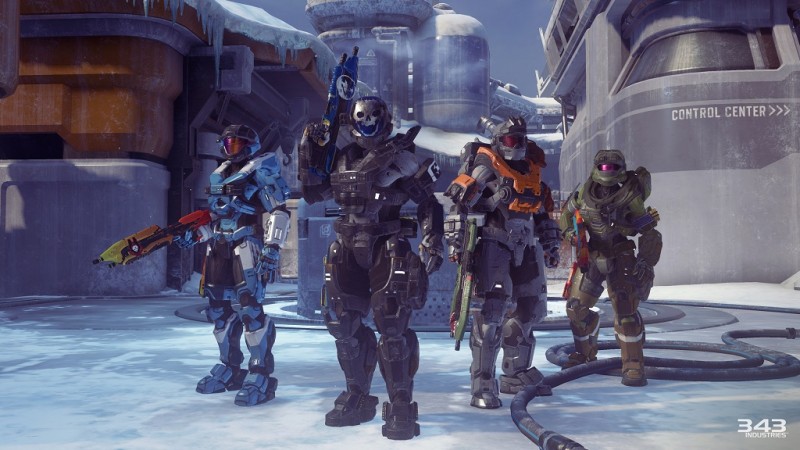 As an added bonus, players who launch Halo 5: Guardians after the content release launch will automatically receive a “Memories of Reach Update Pack.” This free one-time pack delivers select consumable REQs from the new release for immediate use. Spartans can find the pack waiting for them in the REQ system in-game.

Also, for all you REQ collectors out there, an additional “Memories of Reach REQ Pack” promotional offer will be available for 120,000 REQ Points or $14.99 USD. Available for a limited time, the “Memories of Reach REQ Pack” unlocks three new permanent REQs, if available, selected from 12 new REQs launched with Memories of Reach. These include helmets and armor worn by Kat, Jun, Jorge and Emile, the most recognizable members of Noble Team, “Jorge’s Chaingun” weapon cert, Brute Plasma Rifle weapon cert, Helios Phaeton vehicle cert, and “Jorge’s Chaingun” stance. Each pack will also contain 12 ultra-rare or legendary single-use REQs.

If you’re still humming and hawing about whether or not to get into this latest DLC, take a look at the video below: