2K Finally Announces BioShock: The Collection for Xbox One

Many fans of Bioshock have been asking 2K Games to put together a ’collection’ of the three games and allow fans to relive their adventures, or introduce new fans to the franchise.

It’s been nine years since Irrational Games and 2K pulled fans to terrifying depths in the underwater city of Rapture with the first BioShock, five years since fans returned to Rapture in BioShock 2, and three years since fans skyhooked across the floating city of Columbia in BioShock Infinite. For the first time, fans of the BioShock franchise can experience all three award-winning adventures remastered for current-gen consoles as BioShock: The Collection will launch on September 13, 2016 in the U.S. (September 15 in Australia and September 16 internationally).

2K Games has been working with Blind Squirrel Games and they have remastered BioShock, BioShock 2, and BioShock Infinite  making them look better than ever. BioShock: The Collection brings the three titles together, complete with all single-player DLC as well as a never-before-seen video series, “Director’s Commentary: Imagining BioShock,” which includes insights from Ken Levine – over $100 of content – for only $59.99.

So there you have it. After all the speculation and leaks, 2K takes the wrap off this hiddedn gem of a collection and you’ll be playing it soon. 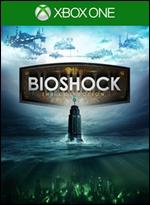