What is Rock ’N Racing you ask.  Well, it’s a top down racing game that offers what the dev-team claims to be one of the more entertaining and exciting races, with loads of skids, crashes and amazing jumps. You will have several modes of play, such as arcade mode, time trial and multi-player with the option of up to 8 Players at a time.  This bundle will have off road racing and road track racing, given there are a couple of games in this bundle.

You can check out the trailers below to see what the games looks like, and if they interest you, then you might want to catch it while it is on sale. 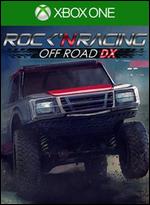