After a few rumours and speculation, Microsoft has finally unveiled the Xbox One S Gears of War 4 Limited Edition 2TB Bundle: the first-ever custom-designed Xbox One S bundle, and we have to say that it is a beauty of a console. 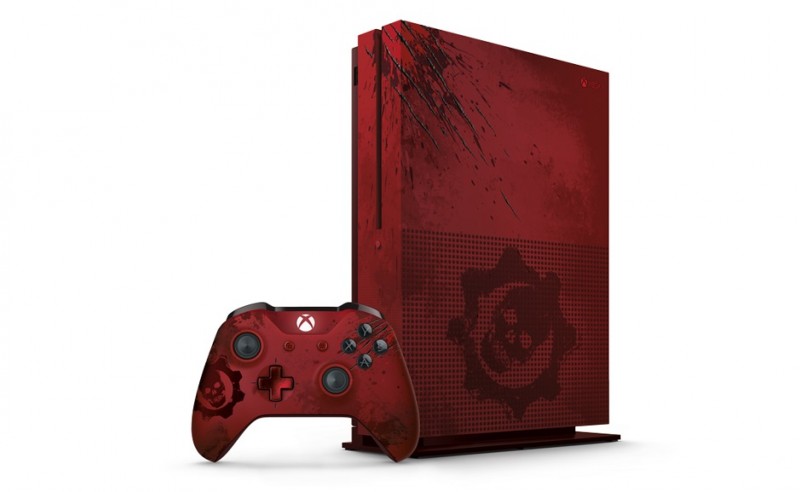 Continuing the collaboration between The Coalition and the Xbox design team, it is inspired by the idea of creating something that looks as if it were lifted right out of the game: a console that bears the battle marks of surviving a desperate fight against Gears of War 4’s ferocious new enemies – the Swarm. Advances in technology and manufacturing techniques really let Microsoft free up their imaginations. From the laser-etched scratches, to the bloody thumbprint on the controller’s red metallic D-pad and the iconic Crimson Omen, we looked closely at what we could do with every piece of hardware.

The Xbox One S Gears of War 4 Limited Edition 2TB Bundle will be the ultimate Gears bundle, including the following:

Beyond that, fans will also receive a host of in-game content, starting with the exclusive Vintage Oscar Elite Gear Pack, which features Vintage Oscar, the Vintage Retro Lancer, Vintage Boomshot and more. We’re also throwing in the Pre-Order Vintage Del Gear Pack plus six additional Gear Packs to make sure that fans are fully stocked. 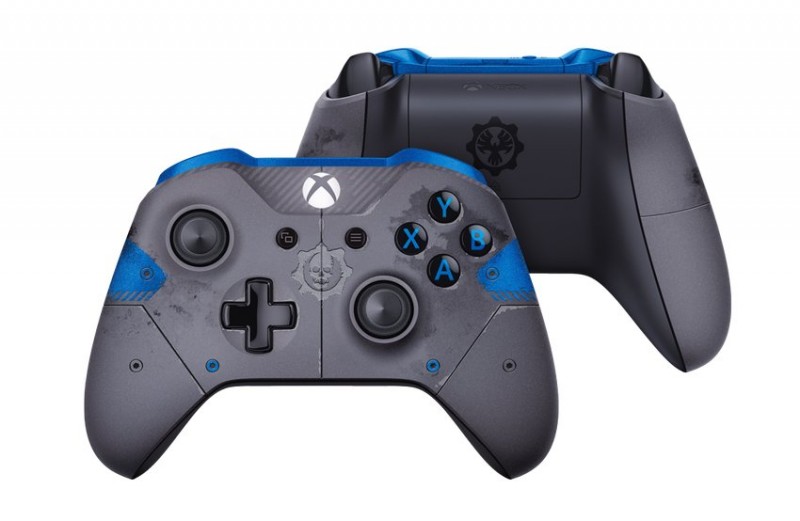