Games with Gold for November Announced

Microsoft has unvieled their Games with Gold titles for November.  It looks like they have a game or two that should interest everyone next month. 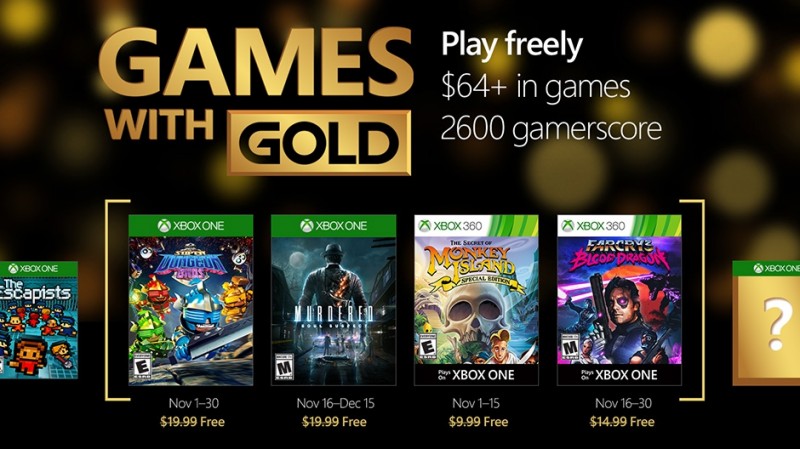 Here is what is you can, and should be, downloading next month:

Wanna see some of these games in motion, well check out what Major Nelson (aka Larry Hyrb) has to say about next months offerings along with some gameplay from each game: