From the pinball wizards at Zen Studios, and publisher Nighthawk Interactive, comes a new announcement of Marvel Pinball Epic Collection: Volume 1, a disc-based collection that bundles together ten classic Marvel pinball tables based on some of the greatest Super Heroes and storylines in the Marvel Universe in one retail package! 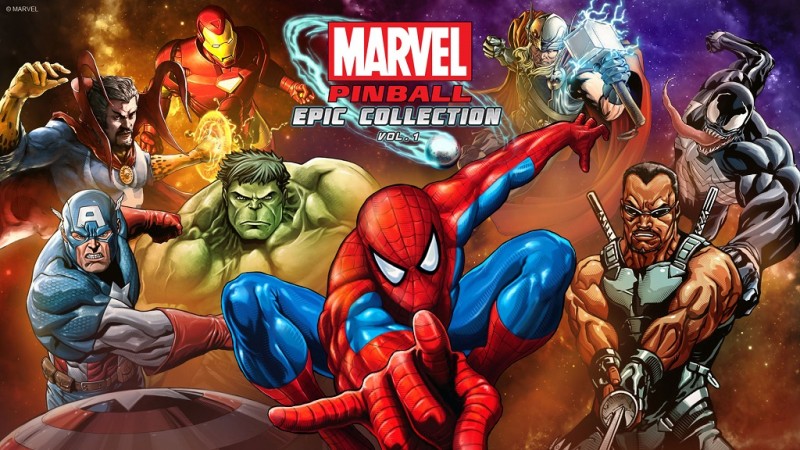 Marvel Pinball Epic Collection: Volume 1 features the following tables in the one-disc collection: Spider-Man, Doctor Strange, Iron Man, Blade, Marvel’s The Avengers, World War Hulk, Fear Itself, Civil War, Marvel’s Ant-Man and Venom. Swing through the streets of New York City with Spider-Man, shrink to gigantically tiny proportions with Ant-Man, combat the nefarious vampire forces with Blade, master the arcane arts with Doctor Strange, choose your side in an epic Civil War showdown, and much more! Each pinball table has been lovingly crafted by the Zen team to feature fantastic details pulled from the original Marvel properties.

Combining Marvel’s beloved cadre of Super Heroes with Zen’s peerless pinball physics and mastery, Marvel Pinball is an epic combination that fans of pinball or Marvel might want to consider.  For now you can check out the teaser trailer below: