In Dolmen, players will be able to fight alone or tackle bosses together with online co-op. There will also be a special Day One Edition which will contain a unique set of Rebel armor and weapons.

Dolmen takes place in a sci-fi universe where humanity has colonized several star systems using space travel technology and genetic manipulation. The Revion star system is distant from the main inhabited area of the galaxy, but it drew the attention of Zoan Corp. by emitting different radiation than other systems, suggesting the existence of other universes. Mysteriously, there is only one planet in this distant system: Revion Prime. Dolmen has players battling across Revion Prime while trying to unravel a mystery of an alien species, corrupt corporations, and unknown dimensions.

Behind everything appears to be the Vahani, an alien race that roams the universe altering the genetic makeup of other species. However, it remains to be seen if their motives are noble or more malevolent. It’s suspected that a kind of crystal called Dolmen is the key to their plans, and Revion Prime has an abundance of them, making it essential to unraveling the planet’s mystery.

Dolmen has an MSRP of $39.99 and is available today for PS4, PS5, Xbox One, Xbox Series X|S, and PC. You can expect our full review soon as well. 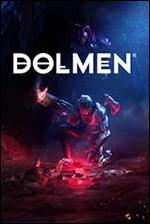 Xbox one no signal
Post by debrartin
0 Replies, 91912 Views