Aether Revolt, the sixth major expansion in Magic Duels on Xbox One, is all about adding powerful cards, cool new strategies, and a lot of refinements to Xbox One multiplayer.

The world of Kaladesh that was introduced in the last Magic Duels expansion is a world of bold optimism. Invention and ingenuity are held in the highest regard. But as they often do in a game about conflict, things have taken a dark turn. The ruling Consulate has restricted aether access, confiscated inventions, and locked up inventors. This doesn’t sit well with the people of Kaladesh, so a revolt is on. And now, it’s time to take the power back in Aether Revolt.

What is new you ask. Well, check it out:

Seem like fans have some great things to look forward too. 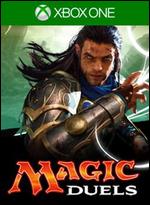