Some Xbox Information for PAX East 2017

Given that PAX East 2017 is right around the corner, Xbox has let the masses know they will be there and they will also be thinking of those that cannot get to the show.  What does this mean you ask?

Well, if you’re attending actual show they are saying that you should stop by the Xbox booth to see Halo Wars 2, Minecraft, and Mass Effect Andromeda.  When you stop by the Xbox booth you’ll have a chance to buy some awesome Xbox gear, like special edition t-shirts featuring the likes of Halo Wars 2, Gears of War 4, and Minecraft. These shirts will only be available at PAX East and select Xbox experiences.

But wait, what about those who could not make it. Well, Xbox has you covered too. Xbox Daily Live @ PAX East will bring the experience to you in the comfort of your home! Tune in each day on Beam or Twitch.

Xbox fans also have a chance to win some pretty cool custom Xbox One controllers. 12 custom Xbox controllers with designs inspired by some of your favorite games like Gears of War 4, Halo Wars 2, Forza Horizon 3 and soon-to-be favorites like Sea of Thieves and Crackdown 3 are up for grabs. 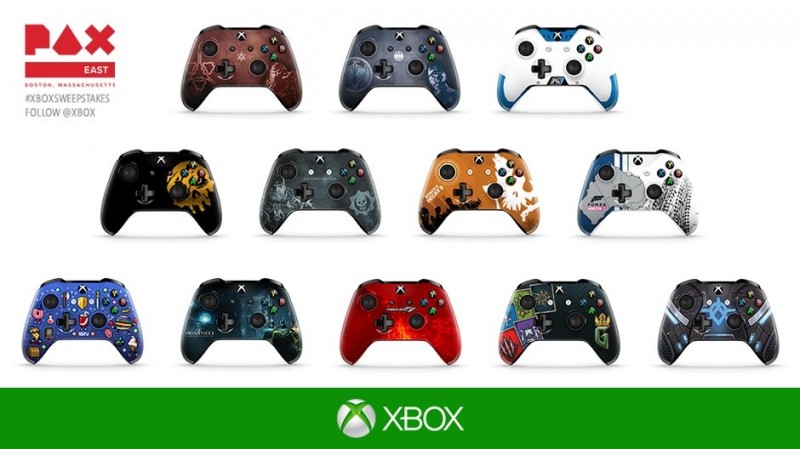 How do you enter you ask? Well it’s simple:

Xbox will  also be hosting and attending a variety of panels at PAX East this year.  They are as follows:

Major Nelson’s Podcast on Saturday, March 11 at 1:30pm in the Albatross Theatre

Halo Wars 2: Creating the Story, Art, and Content Yet to Come on Saturday, March 11 at 4:30pm in the Main Theatre

Streaming 101: Staring Your Quest on Sunday, March 12 at 3pm in the Albatross Theatre

So there you have it Xbox fans, it looks like there is a lot to see, do, and try to win during PAX East 2017.