To set the tone for the upcoming console debut of The Town of Light this spring, developer LKA.it and publisher Wired Productions have shared an insider look at the protagonist of the chilling, historically-inspired and story-driven thriller set in a real (now abandoned) mental asylum in Tuscany, Italy.

In the video titled Renée Unmasked, Studio Head at LKA.it Luca Dalcò recounts the backstory of Renée, a 16-year-old girl condemned to a life of suffering, as he touches on the character’s creation, the game’s themes of mental illness, and the studio’s desire to bring a sensitive subject and a dark chapter of history to light using a medium in which these topics are rarely explored. 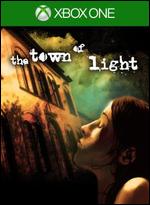