Mad Gear Games has announced that their new classic, A Hole New World will be available for download on June 9th on Xbox One.

The first 3 to unlock all achievements and contact Mad Gear Games (via Twitter, Facebook, mail…) will get for free the game’s Nintendo NES cartridge that, it’s not only a super cool collector’s item, but it also works on an NES!, and contains the game’s soundtrack.

We’ve reched out to Mad Gear Games to review this 8-bit looking title, and hope to have a review soon. 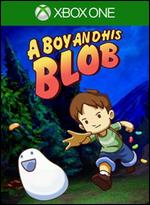