Diablo III: Reaper of Souls to have Free Weekend with XBL Gold

Beginning at 12:01 a.m. PST on Thursday, July 27 and running through 11:59 p.m. PST on Monday, July 31, Xbox Live Gold members will get a special opportunity to fight back against the hordes of evil. During this time you can also purchase Diablo III: Eternal Collection, the latest version of Diablo III that includes the new Necromancer class and all content from Diablo III: Reaper of Souls – Ultimate Evil Edition, from the Xbox Store at a 35% off to continue playing after Xbox Live Gold’s Free Play Days concludes. If you decide to come back to Diablo III later, all of your saved progress and earned achievements will remain. 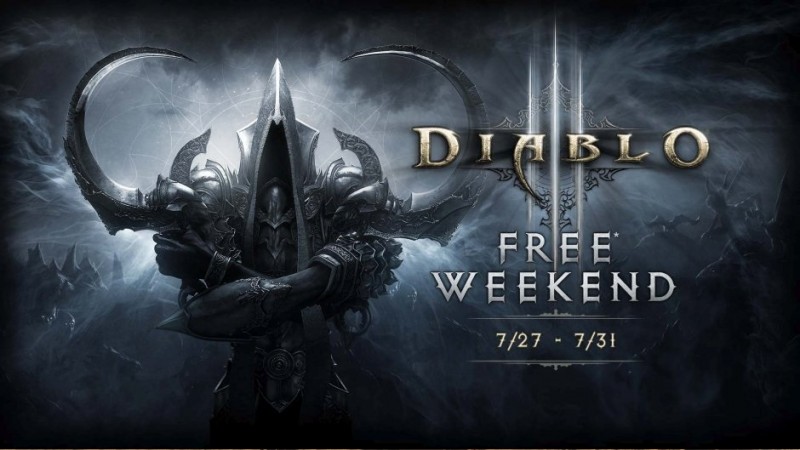 Play solo or form a party of up to four other heroes through local split-screen multiplayer or with your friends online. Lay waste to hordes of evil throughout all five acts of the Diablo III storyline, or explore the open world in Adventure Mode to hunt bounties on the elder evils that lurk throughout the mortal realms.