Shadow Tactics: Blades of the Shogun Jumps to Xbox One

Originally released on PC, Shadow Tactics - Blades of the Shogun makes it way to Microsoft’s console for Xbox One gamers finally get the chance to hone their tactical skills as they make their way through a challenging campaign with more than 25 hours of gameplay.

Set in the Edo period of ancient Japan, Shadow Tactics is a hardcore tactical stealth game in which players control five unique characters, using their versatile skills to complete challenging missions without getting caught. Whether you’re luring the shogun’s guards with a strategically placed bottle of sake or unleashing a whirlwind of swords to take out an entire group, there is no one way to complete each mission. Utilize Shadow Mode to coordinate your characters and allow them to execute complex strategies simultaneously. Whether you prefer the Ninja, Samurai, Geisha, Trapper, or Sniper, be sure to employ each of their skills ruthlessly as you mastermind your grand stealth operations.

You can check out the gameplay trailer below: 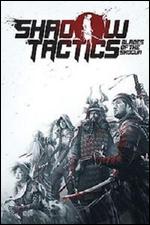