X-Morph: Defense to Launch on Xbox One August 30th

X-Morph: Defense will launch on August 30th. The game will release simultaneously on Xbox One and Windows 10 for $19.99. X-Morph: Defense is a unique twin-stick shooter, tower defense hybrid. Unprecedented destruction of fully dynamic environments provides a never seen before level of tower defense freedom.

Here are some of the game’s key features worth noting:

So there you have it. We hope to have more on this game as it’s release get’s closer. 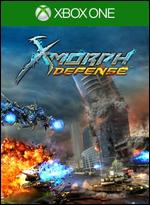