Microsoft has announced that they have put together a fancy little buncle for those interested in an Xbox One S.  The Forza Horizon 3 Hot Wheels Bundle is now available. 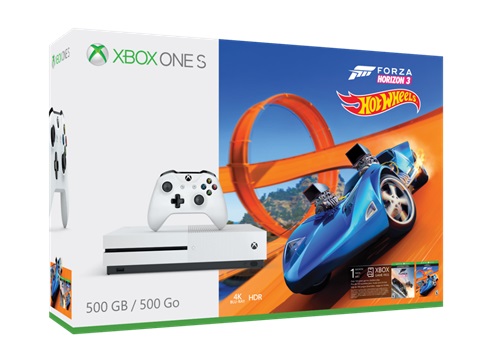 We know that alot of us XBA staffers love Forza Horizon 3 and the Hot Wheels DLC, so we encourage those of you looking for a new Xbox One to consider this bundle.