Hessonite, A New Gem For 'Steven Universe: Save The Light' Revealed

Cartoon Network has released a first look at a new character in the world of Steven Universe. Developed and written in collaboration with creator Rebecca Sugar, Hessonite – an original and mysterious Homeworld Gem new to the lore – first appears in the upcoming console game Steven Universe: Save the Light, a RPG set in the world of the beloved series.

A pompous Homeworld commander, Hessonite directs the previously showcased Squaridot and has come to Earth to turn the Prism back into a powerful weapon after taking it from Steven. She is voiced in the game by Emmy and Tony Award-winning actress, Christine Baranski.

Save the Light is a sequel to the hit mobile RPG Attack the Light with an original storyline crafted with Rebecca Sugar and developed by Grumpyface Studios. Discover fresh and familiar characters and enemies while exploring a vast variety of 3D environments from the series – including Beach City, Strawberry Battlefields, the Great North and beyond. 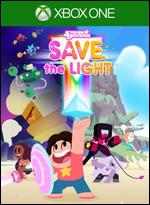