As we head towards the month of October, and get ready for November, Microsoft has let fans know what Xbox Live Gold subscribers will be able to download next month.  Check out the details. 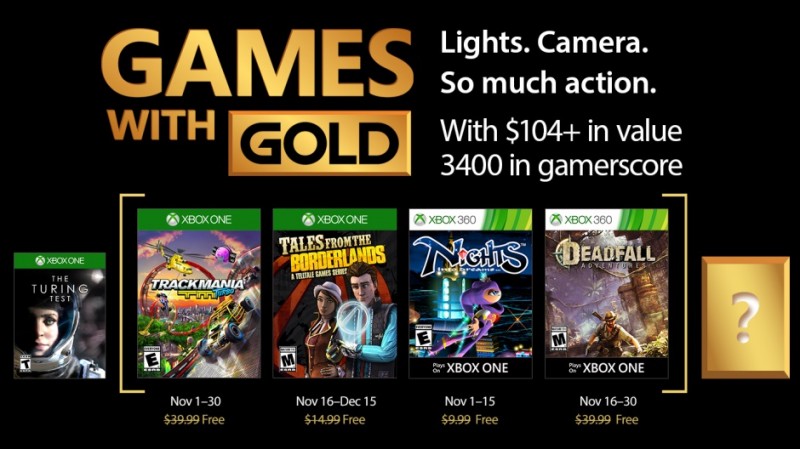 Trackmania Turbo - Available November 1 to 30 on Xbox One

So there you have it Xbox fans, more games to download, for free with your Xbox Live Gold membership.