The expansion focuses on expanding Path of Exile‘s end-game but also introduces new content that can be experienced throughout the storyline.

The dev-team has added 32 new maps to the Atlas of Worlds. This expansion tells the story of a war between two ancient entities – The Shaper and The Elder, who are vying for control of the Atlas.

They have also added many new items including four new Skill Gems and six new Support Gems. The new skills have a focus on necromancy while the support gems introduce a variety of new and interesting ways to enhance and alter how your skills work. In addition to these new gems, Path of Exile: War for the Atlas introduces over 50 new unique items. Many of these were created by members of the community.

Finally, alongside the update, players will be able to compete in a fresh new economy in our latest challenge league: Abyss! This league introduces new bosses and other encounters that crawl from cracks in the earth and is a great opportunity to start a fresh character alongside the rest of the community and demonstrate your mastery of Path of Exile. 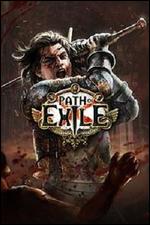