Monster Hunter: World is almost upon us, and Capcom wants fans and gamers in general alike to see what it took to make such an enormous game.

The new video series is an exclusive behind-the-scenes footage and interviews with Producer Ryozo Tsujimoto, Executive Director/Art Director Kaname Fujioka and Director Yuya Tokuda, the first episode in the series examines how the project started and what inspired the vision behind bringing the living, breathing world of Monster Hunter to life on home consoles.

Anyhow, without further adieu, check out the video below: 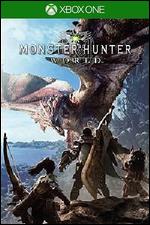