Games with Gold for March 2018 Announced

It’s that time, as Microsoft has detailed what the next batch of Games with Gold are going to be, and this time it is for the month of March 2018.  So, without us dragging this out, check out the details of the games below: 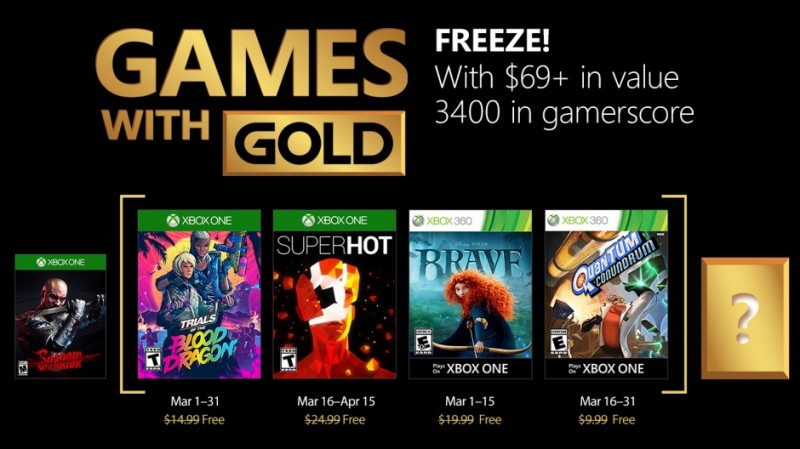 Superhot - Available March 16 to April 15 on Xbox One

So there you have it folks, a few games that you can download for free as long as you are an Xbox Live Gold member.