The Dragon Ball Xenoverse 2 is growing again as a new threat approaches Conton City in a new chapter called Infinite History, launching on February 28, 2018 as part of the game’s Extra Pack 2 content update. You can check out the video below for a bit of a sneak peek of what to expect. 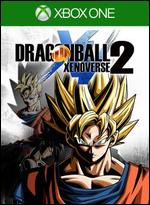