Indie publishing label Digerati has announced that it’s bringing 1979 Revolution: Black Friday, a story-driven adventure, to Xbox One. The release date is currently scheduled for spring 2018.

1979 Revolution: Black Friday is written and directed by Navid Khonsari, a game development veteran who has worked on a lengthy list of best-sellers, including GTA: Vice City, Alan Wake and Resident Evil 7.

Khonsari grew up in Iran but left with his family after the revolution. Regarded by Iranian officials as ‘pro-American propaganda’, sales of the game have been banned in the country and Khonsari has been accused of being a U.S. spy.  You can check out a trailer for the game below: 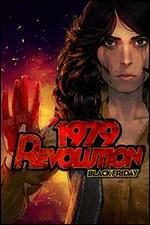