Warframe to Celebrate Their 5 Year Anniversary

That is right folks, Warframe, the online PvE and PvP free to play game, is celebrating a whopping 5 years old this week.  What is surprising is that the crew at Digital Extremes, in London, Ontario, did not expect the game to last as long as it has.  When the game launched it was only a 750MB install, had only one level, and there were only 13 Warframes for players to choose from.  How things have changed, as there are currently 34 Warframes and a BOATLOAD (caps added for emphasis by us here at XBA) of content. 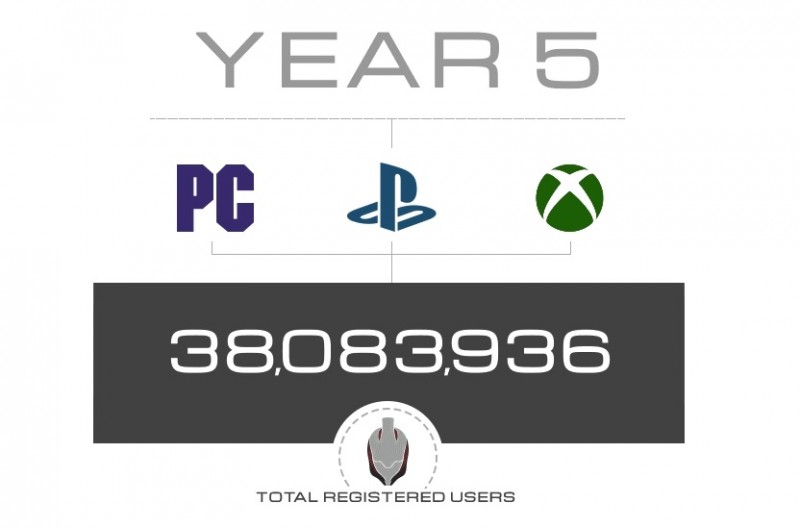 Since it’s launch there have been quite a few stats collected, and a few stats noteworthy and included here in this news article are as follows:

What is interesting about this is that Steve Sinclair, Warframe Creative Director, said that even though they didn’t expect the game to last ever half the time it has, "There is still so much left to do... together", and they will continue to experiment and develop more gameplay opportunities.

To add to the celebration, fans can visit their fifth-year anniversary site for some big surprises.  Of course, if you have the resources and time, fan can join Digital Extremems in-person on Saturday, July 7, 2018 for the third annual TennoCon. Fans from across the world in London, Ontario, Canada for the biggest, best Warframe event of the year. Tickets are nearly sold out but are still available at Warframe.com/tennocon. For those unable to attend, viewers can tune into twitch.tv/warframe to watch one of the biggest reveals of the year coming to Warframe during TennoLive starting at 3 pm PST/ 6 pm EST on Saturday, July 7.