Beginning on May 16th, owners of Microsoft’s console will be able to hit up the Xbox Game Preview app and have players special access to the first three hours of Divinity: Original Sin 2 Definitive Edition’s gameplay, and you know what is cool, it won’t cost a dime. Yes, it will be FREE.

After playing, those who like it can then choose to unlock the entire First Act of the game - approximately 20 hours of adventuring - by purchasing the game. Players will also be able to pick-up from the progress made during this special access preview upon the full launch of the game in August.

Xbox players will explore a world of near-limitless possibilities. Players will gather their party, master elements, and forge friendships and rivalries on their quest to ascend to divinity. We here at XBA think this is a pretty cool offer, and there are a few staffers who might just check this game out. 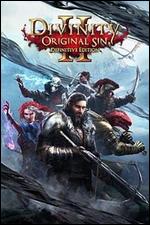