In what was quite a neat announcement this weekend at EA Play, the good folks at EA announced a follow-up to the original Unravel, appropriately called Unravel Two, but in a surprising twist, they also released the game at the same time as the announcement, including on the Xbox One The new single player and co-op puzzle platformer comes from the Swedish studio that brought to life Yarny, the tiny red woolen character tfrom the 2015 indie game, Unravel.

Unravel Two builds off of the original game and centers on the bond between two Yarnys, which can be played as a single player or local co-op drop-in/drop-out experience, available beginning today. The two Yarnys will need to support one another as they work through tricky trials and traverse between beautiful natural landscapes and intricate urban environments, with the surroundings blossoming into new life as they embark on an adventure together.

We are going to review the game, and hope to have our impressions REALLY soon. 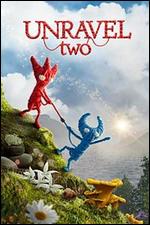