NieR: Automata is Coming to Xbox One

Square Enix recently announced that the action role-playing game (RPG), NieR:Automata, will be available digitally for the Xbox One this June. As an added bonus for Xbox One X owners, it will  indeed be enhanced for Microsoft’s mid-generation console.

For those of you who don’t have a clue what this game is about, the game was developed in collaboration with PlatinumGames. It is said to deliver the perfect mix of action and RPG gameplay in a beautifully desolate open world as players battle as androids 2B, 9S and A2 in the fight to reclaim the world for their human creators.

You can check out the trailer below to see the game in action: 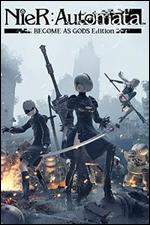