Honoring 16-time WWE World Champion, global pop culture icon and WWE Hall of Famer Ric Flair – a man whose attitude and accomplishments represent “Never Say Never” to the fullest – the WWE 2K19 Wooooo! Edition will be limited to 30,000 copies worldwide and offer an impressive collection of exclusive and collectible memorabilia, as well as robust digital content. 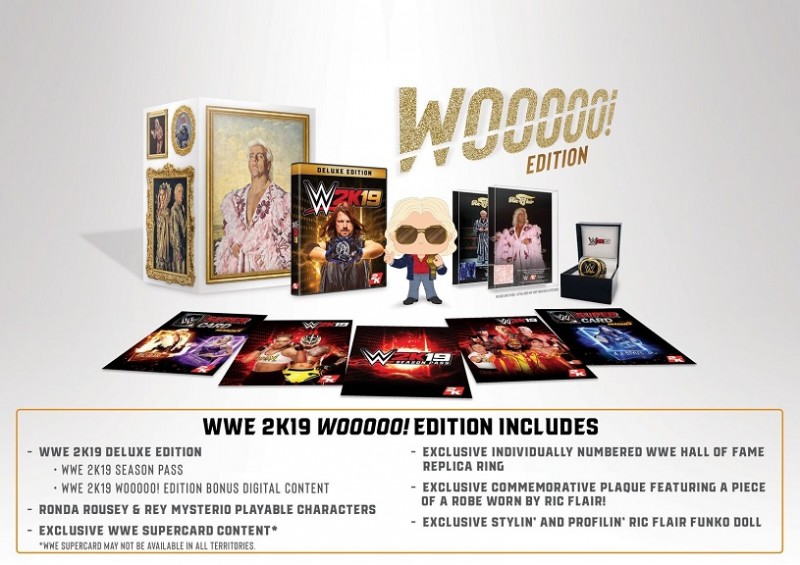