Did You Know that Ashen is Now Out? Well, it is.

So, we are a couple of days behind on this one, but we thought we should let you all know, well, those who are not in the loop that is, that Ashen is out as we speak.

Ashen is a co-op adventure game about a wanderer in search of a place to call home. At its core, Ashen is about forging relationships, as players may cross paths with one another and choose to guide those they trust to their camp, encouraging them to rest at the fire and perhaps remain. There is no sun and the natural light that exists comes from eruptions that cover the land in ash. This is a world where nothing lasts, no matter how tightly one clings to it.

Ashen retaisl for $39.99 on the Microsoft Store, but if you suscribe to Microsoft’s Xbox Game Pass, this game will be free on that service (with subscription). 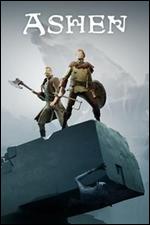