Oniken: Unstoppable Edition Hitting Consoles, Including the Xbox One

Retro fans continue to get the support of Indie developers on current-gen consoles. Proof, Indie publisher Digerati and developer JoyMasher are bringing the fast-paced action of Oniken: Unstoppable Edition to consoles. The game will be hitting the Xbox One in Spring of 2019, with no exact date available at this time.

The story of this game is as follows: In a post-apocalyptic future controlled by a sinister corporation, ninja mercenary Zaku is the last hope for humanity. Inspired by the demanding gameplay of 8-bit action/platformers, Oniken: Unstoppable Edition pits your agility and swordplay against a gauntlet of enemies, traps, and challenging bosses.

We hope to have more on this game as a launch date is solidified and more gameplay is released. 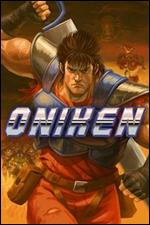