Spiritua Successor to Burnout, "Dangerous Driving" Coming Out in April

We here at XBA know many people who loved the Burnout series of racing games. Fans have been clamoring for some sort of sequel. Well not a true sequel, but more of a spiritual successor, Dangerous Driving is coming soon. The game originates from Three Fields Entertainment, the independent British developer with industry veterans Fiona Sperry and Alex Ward, and they recently announced the game is coming out on release April 9, 2019.

It is best described as a game that comes from the creative talent behind the Burnout series. Dangerous Driving puts aggression back into the racing genre, recapturing the spirit of the past and elevating it to new heights. Taking full advantage of the power of current generation hardware, the game offers unparalleled physics and mass destruction as players compete against ruthless opponents across a host of unique locations.

Each of the game’s numerous modes is said to offer intense ways to play, whether players want to wreck their opponents in the adrenaline-fuelled Takedown races, chain their way to perfection in Heatwave races, be the last car standing in Eliminator, or rule every road in Road Rage. Players can also take the law into their own hands by apprehending wanted suspects in Pursuit Mode.

Oh, it was also noted that players can race offline against remorseless AI drivers in over 8 different event types, or online against seven other aggressive players, all the while unlocking new deadly cars and aggressive abilities as they progress.

And finally, if you own an Xbox One X, the game will take advantage of the powerful hardware found within, and it should look great on that console as it takes advantage of all the extra goodies within the console.

So, you’ve heard about it, now check out the trailer below to see the game in action: 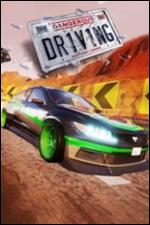