Samurai Shodown is hitting the current generation of consoles, and that includes the Xbox One.  So, with that said, the game makers are kicking off a weekly series of character reveal videos featuring the unique fighting styles and abilities of its roster of deadly combatants.

First up, the young Kamui warrior Nakoruru, a long-running staple of the Samurai Shodown universe, is here to show you her nature-inspired move set along with the help of her trusty pet hawk Mamahaha. Nakoruru will do anything to protect her beloved Mother Nature, and that includes death for those who dishonor her. 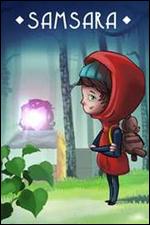