So, you want to play a survival horror game, but you don’t want the over-used jump scares that so many developers use. Well then, we think we have some news that might interest you.

A new game, called Darkwood, is coming. It is said be to a challenging survival horror that does not rely on jump scares and it will hit the Xbox One on May 17th.

So, what do you do in this upcoming survival horror game? Well, you’ll craft weapons, prepare traps, fortify hideouts - you will explore and scavenge the eerie forests of the Soviet Bloc by day, then hunker down in your hideout at night. With nightmarish forces corrupting the woods, wait and pray for the sun to come up the next morning.

Oh, and did we mention that you will also be wading through, what is described, as the grueling, bizarre world of Darkwood and delve into the creepiest secrets of its inhabitants to escape the infested land before it destroys your body and consumes your mind.

With all the being said, here are a few features that the publisher/developer wanted us to highlight about the game:

So there you have it fans, a new survival horror game that is coming out sooner or later, and one that has a few tricks up its’ sleeves. 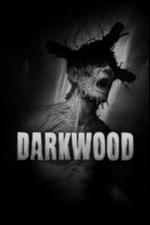