It’s PONG like you’ve never imagined! PONG Quest, the new role-playing adventure game inspired by the flagship arcade classic, is available on Xbox One! Embark upon an epic PONG-inspired RPG as you take on the challenge for King and country in a journey across numerous themed dungeons, each loosely based on classic Atari hits including Asteroids, Centipede, and more.

Customize your fashionable hero and engage in intense remixed and classically-inspired PONG battles, featuring over 50 different types of balls, each with their own unique abilities. Solve precarious puzzles and gather precious loot as you uncover the secrets of the Orbs on a journey to unlock the mystery of the Spooky Door and save PONG World!

Key Features of PONG Quest Include: 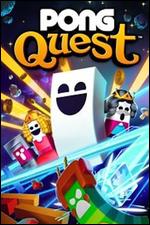