Recompile Will Launch on August 19th, Also on Game Pass

Recompile will launch on August 19th
Plus, watch a brand new trailer for the beautifully immersive hacking adventure
Developer Phigames and publisher Dear Villagers (ScourgeBringer, The Forgotten City) have today announced the final release date for their hack’n’shoot ‘em up Recompile. The game will be launching on PC (via Steam), PS5, and Xbox Series X (including Game Pass) on Aug. 19.
Recompile features stunning visuals, intense combat, tight 3D platforming, and an environmental physics-based hacking mechanic. World obstacles include intelligent enemies and intricate environmental circuitry, and both require the mastery of new abilities such as time dilation and jetpack flight.
The game has multiple endings based on the player’s actions; they can repair systems, restore lost data, and hack or destroy enemies, all whilst uncovering the truth about the Hypervisor and the original purpose of the Mainframe.
The story, written by narrative designer Faye Simms, explores themes like machine sentience and the nature of choice. The player is a rogue piece of semi-sentient code, trapped in the Mainframe - a sprawling digital wasteland run by the Hypervisor, a homicidal AI dead-set on deleting trespassers.
Features
The game will be priced at $24.99 on console and $19.99 on PC. 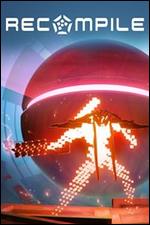 Xbox one no signal
Post by debrartin
0 Replies, 54683 Views