Indie developer Shedworks and video game publisher Raw Fury have launched Sable, the breathtaking exploration game set to an original soundtrack from hit indie artist Japanese Breakfast. Sable is available today on Xbox Series X|S, Xbox One, and PC via Steam, the Epic Games Store, GOG.com, and the Humble Store for $24.99. The game is also free to download with Xbox Game Pass and Xbox Game Pass for PC.

Sable is an evocative coming-of-age tale of exploration and discovery set on a beautiful alien planet. As the young Sable, you’ll set out on a deeply personal journey and traverse a strikingly rendered open world filled with ancient monuments, ruined architecture, fellow nomads, and wrecked ships fallen from the cosmos.

For more on Sable, visit https://rawfury.com/games/sable. 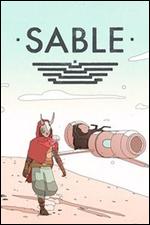