Is The Xbox All It Can Be? 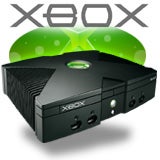 I’ve came across an atricle written by Aaron Boulding over at IGN.com, and it’s an intresting article. He wrote about how gamers this year are forced to take sides and defend their gaming console. Here’s a little taste of this article:

"These early days of 2002 must be causing more anxiety among Xbox owners than anybody could’ve predicted. This current generation console battle between GameCube, Xbox and PlayStation 2 has videogame fans choosing sides and taking up arms in defense of their system of choice. Once gamers have used their most powerful weapons --their wallets-- and committed to one console or another, it seems there’s nothing left to do except undermine and chip away at whatever systems they didn’t buy. This is the way of things, and IGN doesn’t claim to understand why many gamers do this, but we can offer our perspective on how things are going. This being IGN Xbox we’ll give our take on what the near future holds for Microsoft’s next generation console and do our best to keep the whining and nitpicking about other systems to a minimum."

Xbox one no signal
Post by debrartin
0 Replies, 115863 Views