Chase picked up by BAM!

San Jose, Calif. BAM! Entertainment today expanded upon its growing next generation portfolio with the announcement of its second upcoming title for the Xbox™ video game system from Microsoft. Chase, a vehicle based stunt game, is due for release in summer 2002 and is the first title to be approved from Microsoft’s Incubator Program, an internal support system put in place by Microsoft to ensure that the full potential of both Xbox and external developers is met. Chase is currently in development at the South African based studio, I-Imagine.

Set in the world of Hollywood blockbusters, huge explosions, multi-million dollar sets, amazing stunts and unbelievable special effects, Chase follows the career of the young and talented stunt driver - Chase Corrada, a woman who has vowed to become the best stunt actor the entertainment industry has ever known.

"I-Imagine was the first developer to join the Incubator Program and we are thrilled to see them realize their creative vision on Xbox," said J Allard, General Manager, Xbox Platform. "The Incubator Program is all about locating talented groups of developers that show promise, and giving them the support and resources they need."

“The incubator program is a great initiative and it has helped ensure that I-Imagine is able to make the most of Microsoft’s technology in producing Chase,” said Bernard Stolar, President and Chief Operating Officer of BAM! Entertainment. “We are really pleased to be working with such an innovative team as we expand our next generation portfolio.”

Four unique movie sets including a Gangster City and a Spy Action Thriller, in addition to a variety of vehicles, mean that Chase promises heart-pounding action and spectacular movie-style special effects. Players will have to hit their marks as they attempt jumps, smash through props and race through movie sets in order to please the director before moving onto the next action-packed stunt. Adding to the thrill of the game, players will not only drive traditional four-wheeled vehicles, but will have motorcycles, a three wheeled Ramen delivery tuk-tuk, a large missile truck, and more at their disposal.

Chase will take full advantage of the technical capabilities of Xbox, not only through its extensive, action-packed and fast paced gameplay, but also graphically due to the machine’s impressive processing power. I-Imagine has been able to create special effects such as real-time reflections and realistic shadows. In addition, the system’s extensive memory and built-in hard disk system is enabling them to create highly detailed and rich environments which can quickly stream in new sections, meaning practically limitless gaming environments.

“This is an exciting project for I-Imagine,” said Dan Wagner, Managing Director of I-Imagine. “The diversity of sets, vehicles and high speed stunt action featured in Chase will keep players on the edge of their seats.”

For more information on Chase or any of BAM! Entertainment’s titles, please visit www.bam4fun.com. Also be sure to check out our very own interview with the crew from I-Imagine to get some more insight into Chase.
Source: http://www.xboxaddict.com/ 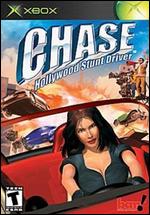 Xbox one no signal
Post by debrartin
0 Replies, 56184 Views