No more kitten around! PQube just dropped what is purr-haps the most claw-some all-new trailer for upcoming action adventure RPG Kitaria Fables. On Thursday, Sept. 2, the claw-ver RPG is heading to retail and digital for PS4 and 5, and Nintendo Switch; digital only for Xbox One & Series S/X and Steam for PC.

In Kitaria Fables, paw-sibly the puuurfect RPG and farming adventure, players and their furriends will discover:

In response to significant outreach from the community, Kitaria Fables will be available in physical format on Nintendo Switch and PlayStation consoles. Pre-orders for the boxed versions of the game are live now at major retailers, including Amazon, Funstock and more. 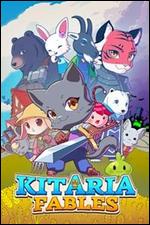 Xbox one no signal
Post by debrartin
0 Replies, 54323 Views