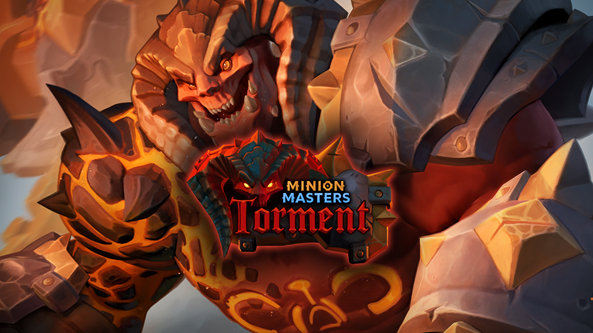 BetaDwarf has released the new “Torment” season update for Minion Masters, the fantasy deck-building strategy game. With a variety of new content as well as fresh improvements for existing features, this is one scourge you’ll welcome! Players can download this major update for free today on Steam, Xbox Series X|S and Xbox One.

Leading the charge this season is the premium “Torment” DLC, a demonic bundle featuring an outstanding arena, Master, legendary skin, and much more. This DLC is free to keep for all players who claim it from October 14-21, so make sure you grab it in time!

This update also helps kick off the BetaDwarf Month of Fun, bursting with giveaways, DLC discounts and contests for all of BetaDwarf’s games. In addition to the free “Torment” premium DLC, Minion Masters’“All Masters Upgrade” and “Premium Upgrade” DLCs are available for 25% off from October 14-21, with even more excitement to come.

The realm’s greatest masters face off in a never-ending conflict for glory in Minion Masters. Choose your cards and masters from across nine unique factions, each with their own specialties, and build the best deck to overthrow your opponents in quick and intense matches! Play co-op or solo PvE Adventures through the ages, or go online for epic 1v1 and 2v2 multiplayer duels. 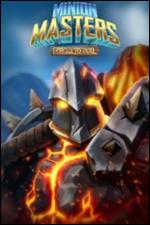