Midnight Club: Los Angeles will be the fourth entry in Rockstar Games’ acclaimed racing franchise, and will be appearing on Xbox 360, PS3 when it launches.

The game, originally planned for September 9 and 12 releases in North America and Europe, respectively, will now launch on October 7 and 10.

A press statement gave no specific reason for the delay. 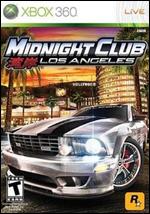